The 7 dog team and I joined Nicki's team today for a GREAT 8 mile run near Lost Trail Pass! Okie's been kind of in a leader funk lately but she showed her skill today. They all did great. I think snow and a new trail helped them all! 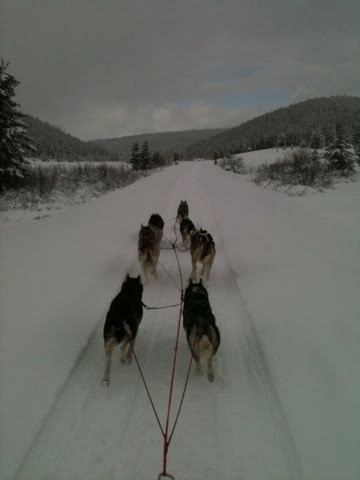 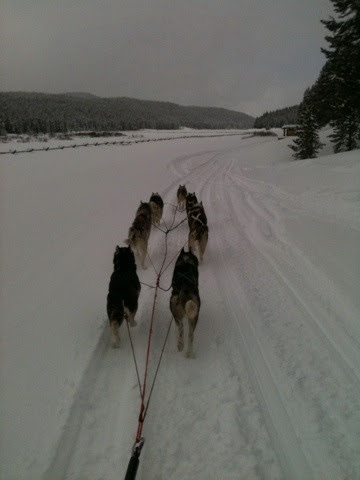 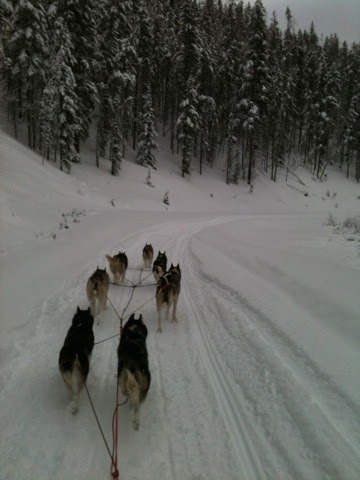 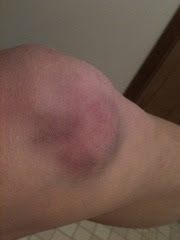 Took a spill into some soft snow but my knee took a beating on the sled runner smarted a bit. Mostly the pride as a group of snowmobilers were right there.
Posted by Cobey Williamson at 5:47 PM No comments:

Sled went for a ride

The dog boxes are finished and the equipment is ready but the snow is pathetic. Fortunately, a fellow musher suggested a trail that might have decent enough snow to sled. With that inkling of hope, Nicki, Annalisa and I, as well as our teams, headed for Lolo Hot Springs/Fish Ck Rd.

To my surprise, there was snow, though just out of the drainage next to the highway there was none. I said, I'll take it! And we got the teams ready. Nicki and I both loaned a dog to Annalisa. Tank joined his brother Thor for an adventure. They took off, then I took the other 6 of mine and Nicki not far behind ran 5. I was told to take a left on Granite Creek Road but and quickly shown a map which indicated it would be the first left which I took. About a quarter mile in I was sure it was the wrong turn. I met Nicki on the way out who had also taken the turn. After battling punchy snow we got back out to the main road and continued farther down. Finally discovering the correct turn. It was a nice trail but the early long steep downhill had me nervous for the return trip. So at about 3.5-4 miles out we turned around. It was just right for them. They were tired but not too physically worn out. Tank on the other hand went farther than he should have 11-12 miles and you could tell. That evening he was a sore/cramped pup. He'll get some well needed rest.

It was a great first run, a fun trail, and I can't wait for more! Unfortunately that trail was a little over an hour away. We need something closer that good. But what we need more than that right now is SNOW!

(pictures hopefully to follow shortly)
Posted by Cobey Williamson at 11:44 AM No comments: