Today the team and I joined Annalisa and her dogs for a run up Skalkaho. I loaned her our lead dog Okanogan and, the usual, powerhouse Tank. That left me with 5 crazy dogs to decide where to put into the gangline. I started with Paluk and Kona in lead (as Paluk knows commands), Isis in team by herself, and Tensaw and Shilah in wheel. Paluk quickly again proved to me she's not about speed but power as she was dragging. I slid her back with Isis and left my trust in Kona. Oh boy she did not disappoint, she did fantastic! Though she had trouble at the turn around, she wanted to keep going. I kept helping her turn the team and when I'd give her the command to go she'd try and swing the team back up the trail. Here was my mistake, I switched the line up that was working for me and we had a not so smooth run back down before I finally threw Kona back in lead! We'll be bumping up the mileage each week in preparation for the Stanley race! 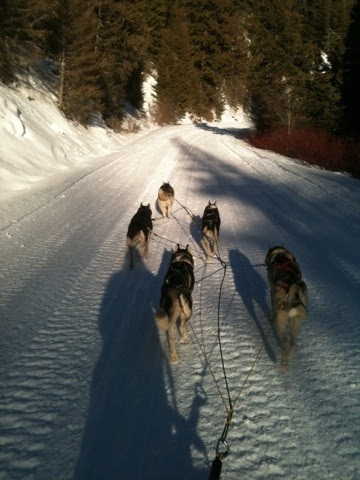 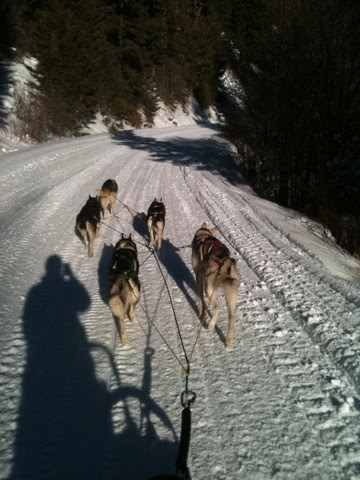 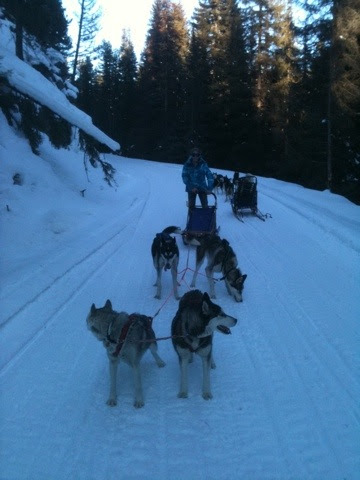 Annalisa and her team when when we met on the trail. 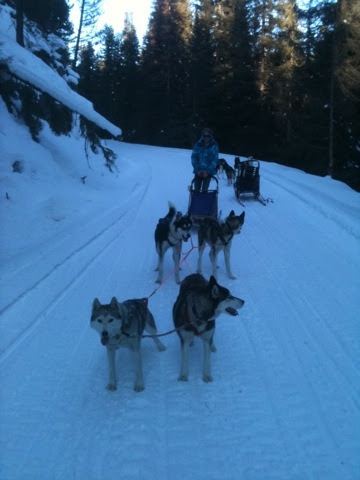 About to head back out!
Posted by Cobey Williamson at 8:48 PM