A lot has happened since my last post. It got so hectic that I stopped blogging. I had been working on training the team for the 10 mile/day race at the Stanley Sled Dog Rendezvous March 9-11th in Stanley, ID. Annalisa was to run the team (well Paluk, Okie, Tank and Shilah with her 2 dogs), as the course is somewhat technical and, me being 27 weeks pregnant, it probably wouldn’t have been the smartest choice of races. In late February, I took Kona, Tank, Okie, Shilah and Paluk on a 4 mile cart run. As Kona and Tank were my leaders I had to help them at some of the turns because they are still learning their commands. On one of the turns on our way home I got off the cart to help them and the brake popped off and the team took off without me. I had forgotten my phone, which I bring with me on runs, and was unable to have Cobey head them off before the downhill. I knew they’d run home but was afraid of the steep downhill to our house. When I finally got home (I had to run 2 miles) everyone but Paluk had made it home unscathed. Unfortunately, Paluk’s rear right foot got tore up pretty bad. I felt horrible and loaded her up and took her to the vet. Turns out no bones were broken or ligaments/tendons damaged just some deep cuts. They stitched her up and I picked her up that evening. I felt bad about it for weeks (and still do) but in all honesty, it could have been way worse and I was very fortunate no one got hurt any worse. With that incident, Paluk was done for the season and I had no way to train the dogs dryland, as the cart took a beating too. We changed strategies and Annalisa was only going to race Tank and Shilah with her two dogs and now was going to borrow 2 dogs from another friend. Last weekend was the race. It was a fairly warm day and the leader Annalisa borrowed turned out to be in heat and wouldn't lead. So they didn't post as fast as times as they were capable of but Annalisa and the dogs had fun none-the-less and that's what it's all about!

On a side note, Cobey and I did another top 5 competition, this time for the Iditarod. My list, in order of predicted finish, was: Dallas Seavey, Ramey Smyth, Brent Sass, Josh Cadzow, and Aliy Zirkle. Cobey's list was: Ramey Smyth, Martin Buser, John Baker, Dallas Seavey and Ray Redington, Jr. I also posted my list to Sleddog Central's Top 5 Iditarod competition on a whim and low and behold this morning I found out I won 1st!!!!

Yesterday, I took Okie, Isis, Kona, Tensaw, Shilah, and Tank on an 8 mile sled up Skalkaho. It likely was our last of the season as conditions are deteriorating quickly around here but oh boy was it a great run. Everyone did great and had big smiles at the end. Not to mention we got in a lot of good passing practice with Nicki's team as neither one wanted to lead once they passed the other team. 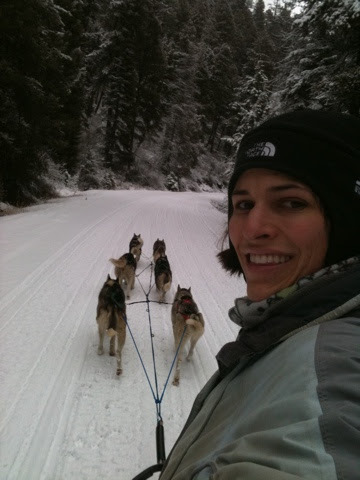 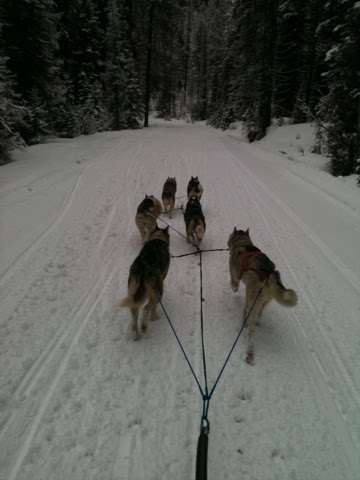 Posted by Cobey Williamson at 11:57 AM No comments: