Time for a swim!

Well there are only a few that enjoy the water.  Our two big, tall monsters; Shilah and Tank.  The rest just watch them enjoy it and get splashed in the process.  Some, like Okie, though will put their paws in when it gets really hot. 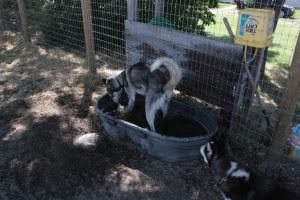 Tank likes the water a lot.  He makes it all muddy in a matter minutes, jumping in and out and splashing all around. 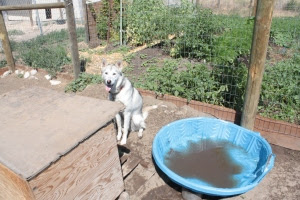 Shilah wouldn't get in while I had the camera, but I think it's quite obvious, by the muddy water and the low level, that she's been enjoying hte pool. 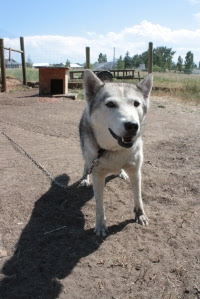 Okie deemed it hot enough and got her paws wet. 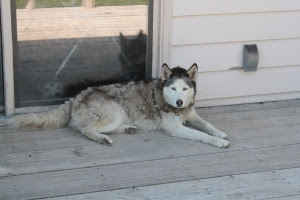 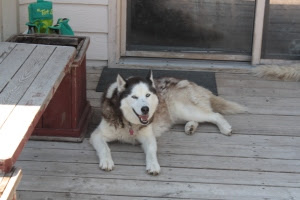 Kona prefers to stand in the sprinklers while hunting voles (not pictured). 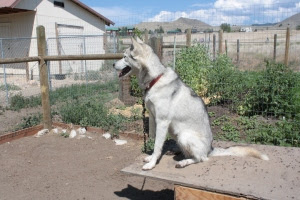 Shilah enjoys the top of her house too. 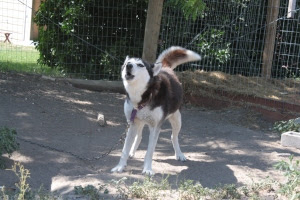 Paluk is very vocal about the water (as well as everything else in life).  "I don't like it!" 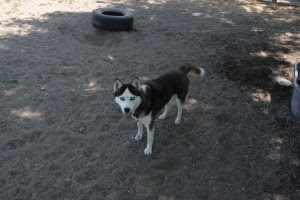 Isis says "I don't mind it.  I won't willingly step in it but I won't fuss about it if I do get wet.  I prefer to join Kona by the vole sprinklers." 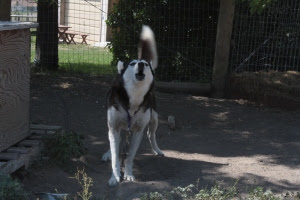 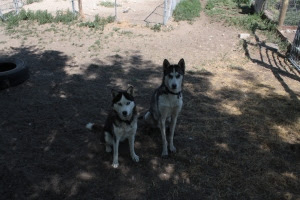 Our smallest (Isis) and tallest (Tank) dogs.  They like to play together. 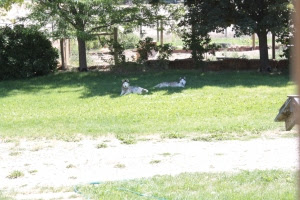 Posted by Cobey Williamson at 3:36 PM