No curl for Blue 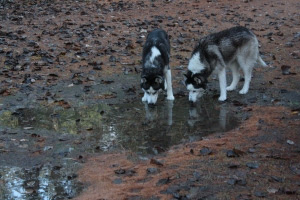 This weekend we traveled up to Troy, MT where Cobey was raised and where we met. Three of the dogs used to live there as well. So we brought Blue, Kona and Tensaw (the Original Gangsters) along on the trip. They were stoked to be back and as soon as they got out of the truck they ran like nut jobs around the cabin. 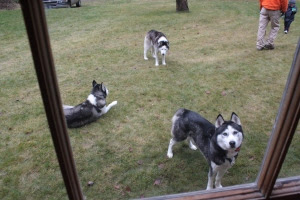 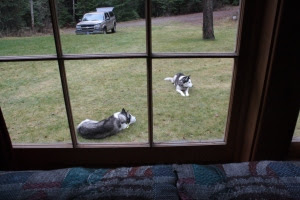 It's amazing how well Cobey has them trained. Even though it's been 3.5 years since they've lived there, they still practice what they were taught; location specific cues.

On Friday, Cobey and the dogs were making a trek around the 20 acre, wooded property. First, it should be known, Tensaw is notorious for running into things. Instead of slowing down while approaching a door or other object he figures "it'll stop me" and he smacks right into it. 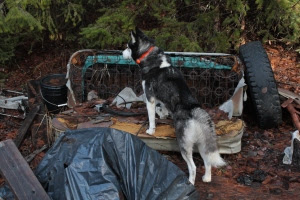 Cobey called them back to him. Blue and Kona came running with Tensaw on their heels. He came running up behind Blue and instead of going around her, he plowed right into the old dog's back side. She gave out a big yelp. I bet it did hurt, Tenny's head is pure, thick bone. Later we realized that she wasn't holding her tail up. She can move it if she wants to but it's definitely hurting her. Poor girl. Hopefully it heals up nicely, because I like the way Bluey holds her tail with a cocky, gangster lean. 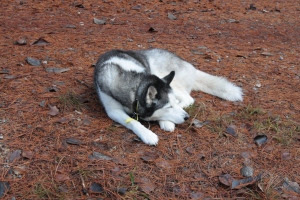 Posted by Cobey Williamson at 5:58 PM