It's been cool lately so the little musher and I took the team out yesterday.  It felt warm but by the thermometer is was quite cool.  It was a little deceiving.  I felt like I could be without my gloves but after a while I realized they were numb. 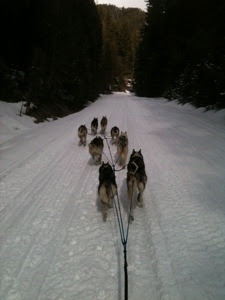 Here's all 8 dogs before Blue decided she's too old to pull. 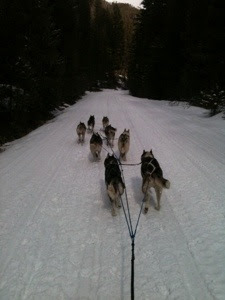 Snow was much lower and soft but not horrible. 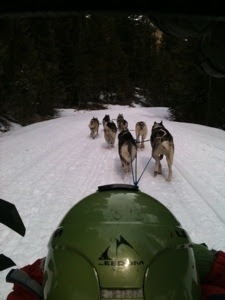 The little musher in his helmet watching his team. 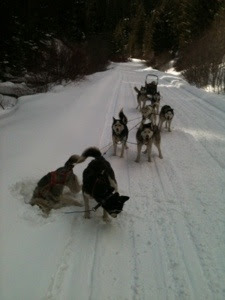 Okie torpedoed her head into the snow when we stopped. 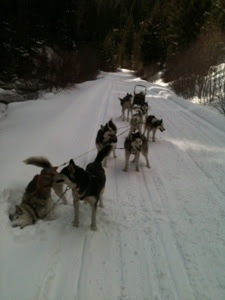 And she came up with a mouthful of snow! 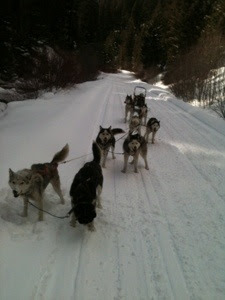 "That snow was great!  It's been too long snow! I love you!"...that was Okie, yea, Okie saying that. 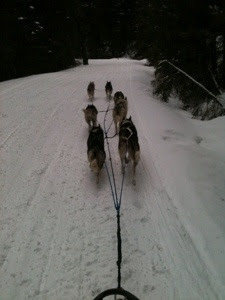 Blue is now running beside the sled. 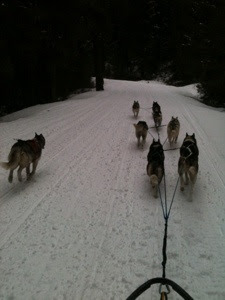 But a burst of speed! 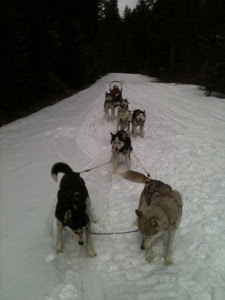 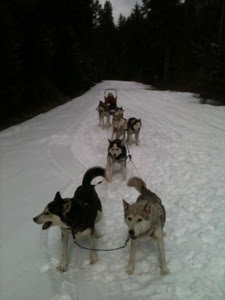 ....and Paluk's already screaming to go back out.

Some videos of the team: