This weekend as I did work around the property (it was WAY to warm to be early March), I had a plethora of sidekicks: two boys and a dog. Siberian huskies are not often known as "side kicks." As they would tell you: "I'm independent and blaze my own trail!" but Blue followed me around as the others did their own thing. Don't let her trick you though, she can roam with the best of them but at the familiar ol' homestead, she's a sidekick.

Cobey and I started doing impressions of Blue, as each dog definitely has its own personality and it is so fun to put words in their mouths.  Blue thinks everything is better on the other side.

"Today I want to be a horse and join the herd next door."

"I want to be left alone. Oh, everyone is getting attention? Me too than!" 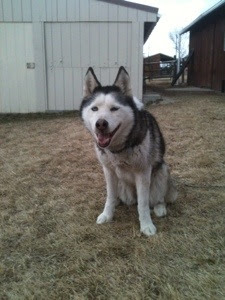 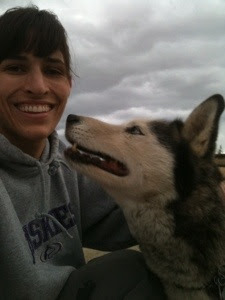 There is one thing, though, that she's never on the other side of the fence about. 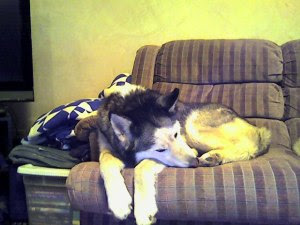 "I like the couch."
Posted by Cobey Williamson at 2:16 PM

Email ThisBlogThis!Share to TwitterShare to FacebookShare to Pinterest
Labels: Blue