We follow the NorthWapiti Kennel blog quite often around our house.  Recently Karen Ramstead posted about one of her dogs she always thought would be a good leader who took some time but finally has shown her leader abilities.  It just takes some dogs a little longer to mature.  I always thought Tensaw would be a good leader and now with nearly 6 years of maturing, he has. And he did so in pure Tenny fashion, with flare!  He impressed me again this morning on our run.  I asked the team to go 'gee.' Paluk tugged the team hard 'haw' toward the usual route but TENSAW pulled HER gee!  What a stud!! 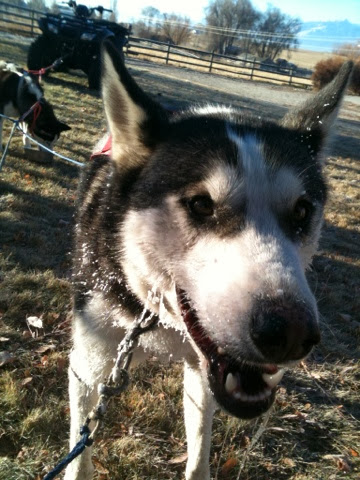 Tank showing off his frosty tipped coat! It's all the rage now! 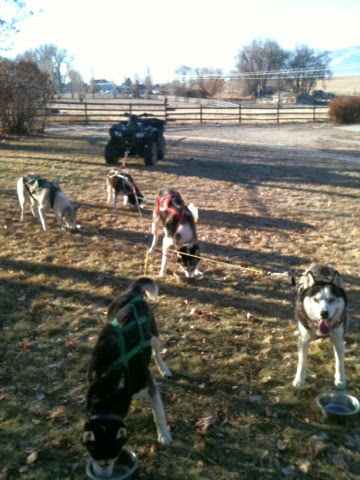 The team getting snacks after the run! 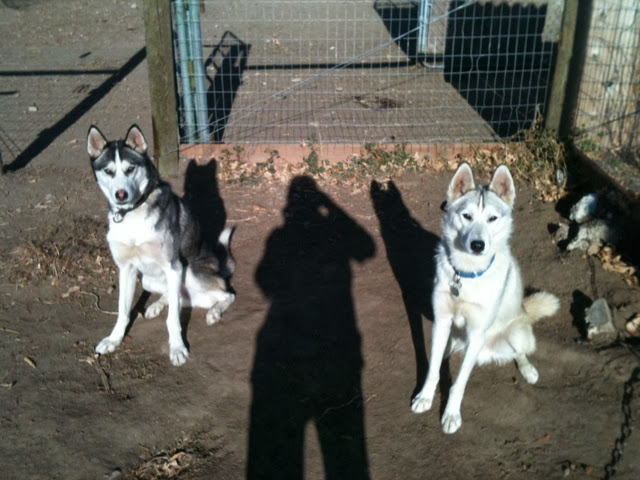 Posted by Brandi Williamson at 8:06 PM