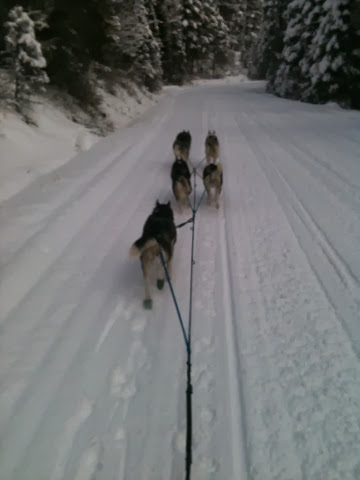 I am a perfectionist. That doesn't always mix well with mushing. Each dog has its own personality. They aren't like a snow machine where you "ask" it to turn right and it always does. That's the beauty of the dog team. All the dogs and humans working together to get somewhere and when it works its beautiful. But sometimes it doesn't and it can be a mess and that is where I struggle. I get frustrated and frazzled in some situations and the dogs can sense it which makes it worse.
We had a bad run Saturday. The young musher was having a bad run, the dogs weren't having a good run and I wasn't, and tension wasn't making it any better. Luckily I had my friend Nicki along running a team too. She helped get me refocus. She suggested we do some training passes with my new leader. So we did and it was great.
She also gave me a tip. Each run before we head out I should set a goal of what we want to accomplish. 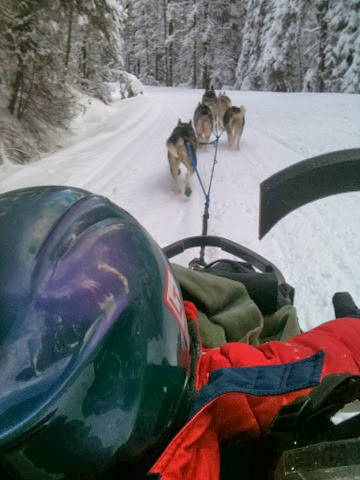 Little musher along for the ride Saturday.
I implemented that Sunday on our run and it went way better! So now my titles will reflect the goals. Nicki pointed out I have a very young leader (21 months) and he is doing great given his age and he's a male (they usually mature later). So Sunday I decided the goal would be confidence building. 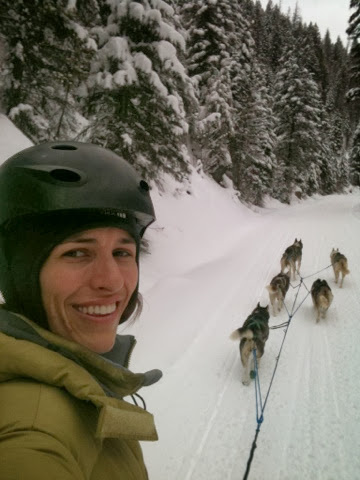 And some of that confidence building was in myself too, that I can train my team well. I also need to remember that nothing is going to go perfectly and the mistakes the dogs and I make only teach us all where we need to improve. 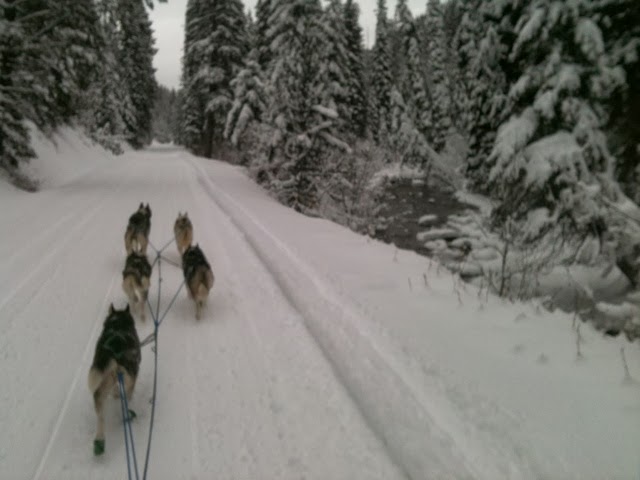 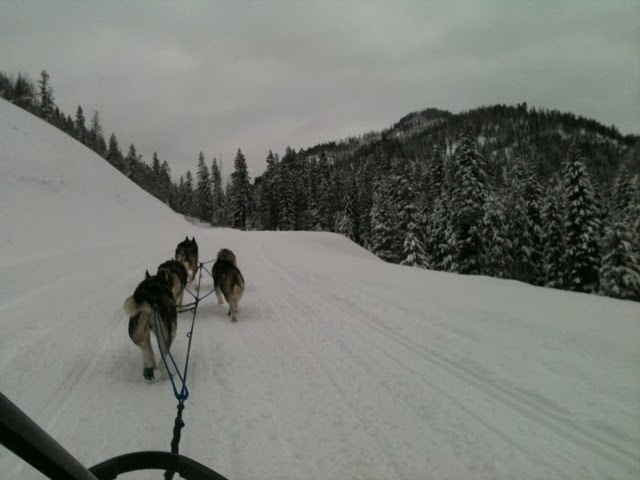 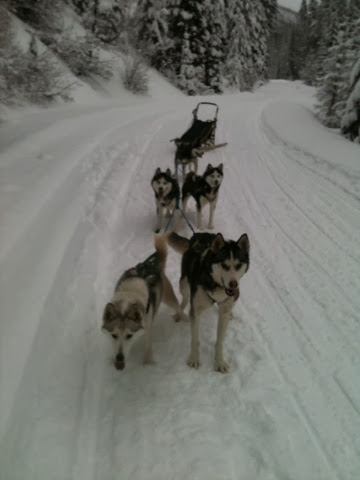 Flier ready to get going! 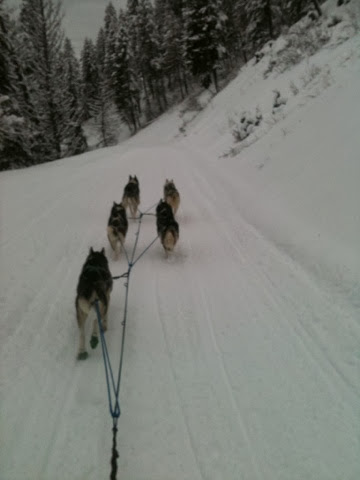 Back to the truck! 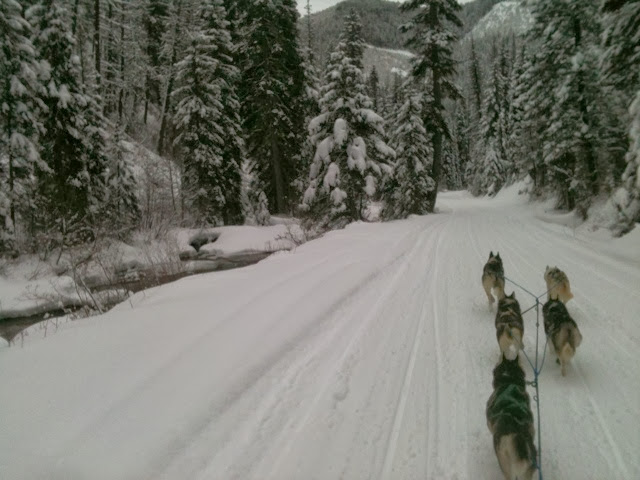 Creek on our left sure looks pretty flowing under the snow.
Good puppas!
Posted by Brandi Williamson at 8:15 PM