...and how could they not! It's been sometime, they are almost 8 months (come July 1st).
They're learning their manners nicely and are very cuddly. I've taken Whip on a short canicross run and she was driven. I could just hear what she was saying "run run run run! What was that smell?....oh, who cares, run run run run!"
It's been hot around here and that makes it hard to think abou sled season but now is when I should be getting things prepped and puppies trained.
The major undertaking we've embarked upon around here is training for silence during feeding time (silence during hook up is next). It's gotten too noisy and out of control and out of courtesy to our neighbors we decided it was time to bite the bullet and do it. Mostly the puppies pushed us to it, we need them to start off on the right foot if the noise during mealtime is ever going to change. We've made great strides but still have a ways to go. 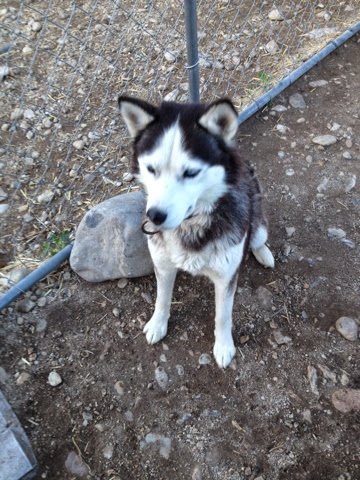 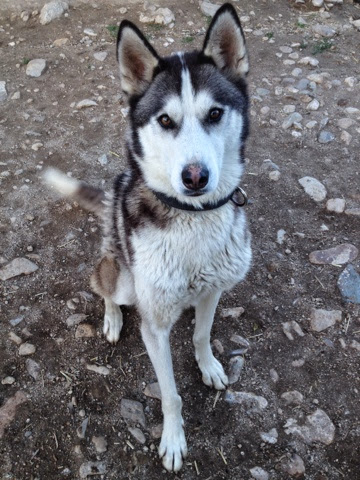 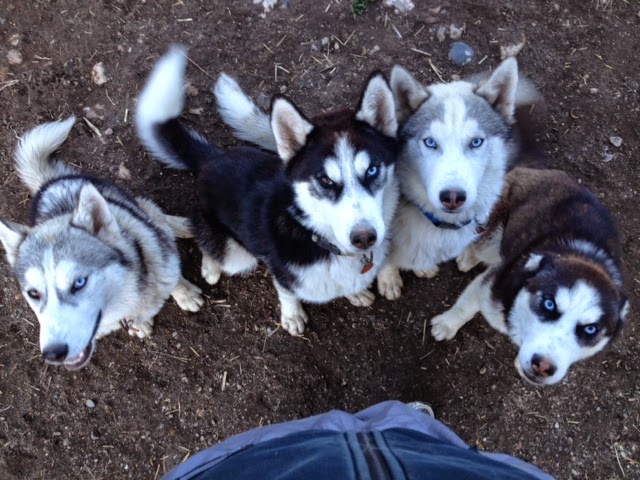 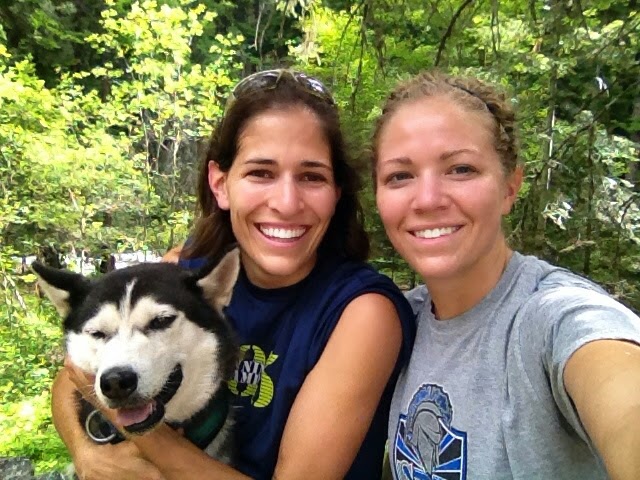 My sister, Paluk, and I after a run on my birthday up Bear Creek.
Posted by Brandi Williamson at 5:58 AM