Yes! Indian summer is done! We ran both Saturday and Sunday this weekend. Saturday was a great run and I was impressed with Tank's focus in lead. Those who know Tank would be very impressed with that statement. He ran us by dogs and deer and listened to my commands! 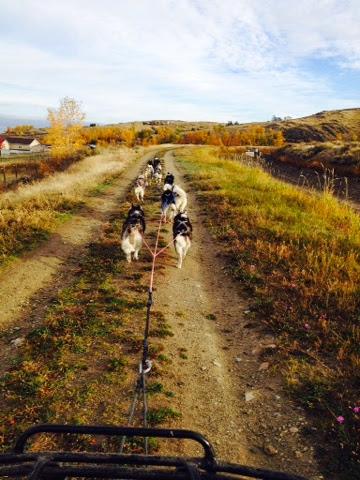 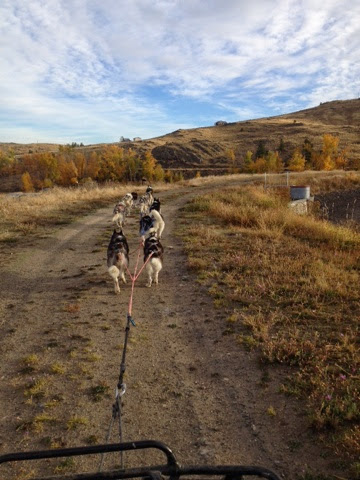 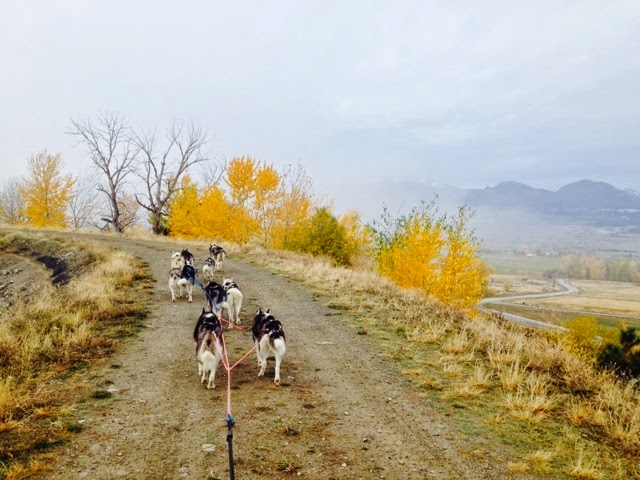 On the return home it became slightly foggy. It was so peaceful and beautiful. 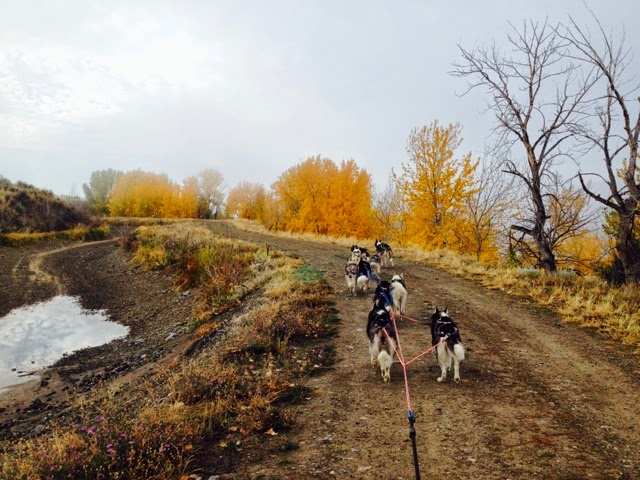 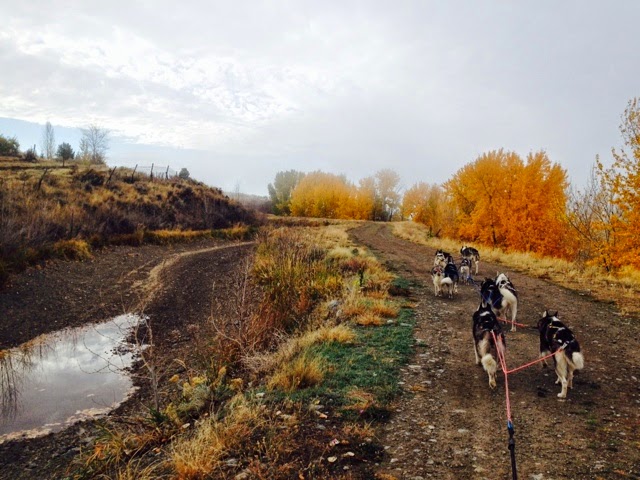 Sunday was a different story. Okie started in lead but was having trouble not turning the team at our 5 mile turnaround, I wanted to go farther. So I put Tank her place. He didn't do nearly as well as he did on Saturday but it was still better than Okie.
We all need these kind of days to make us work at it harder. 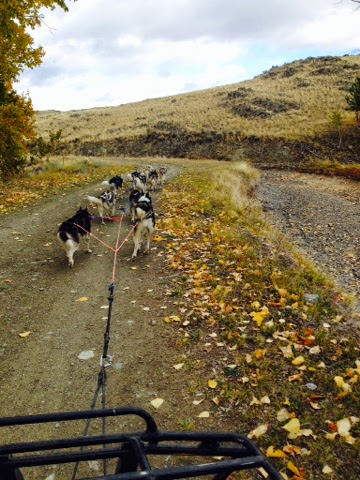 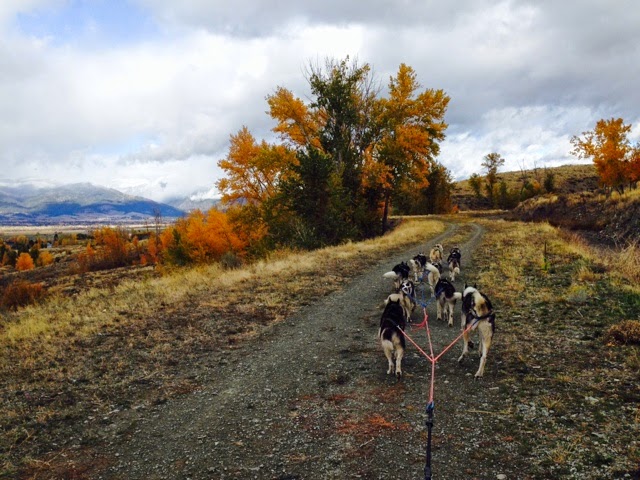 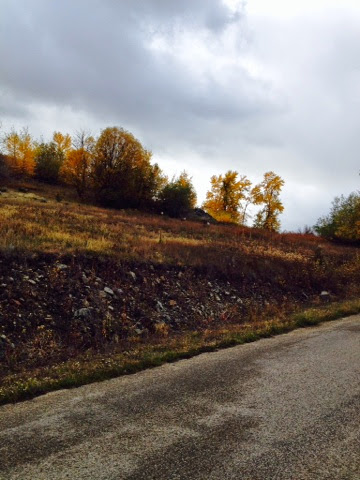 Up the hill are three whitetail rearends. We had a race with those large bucks, they won. 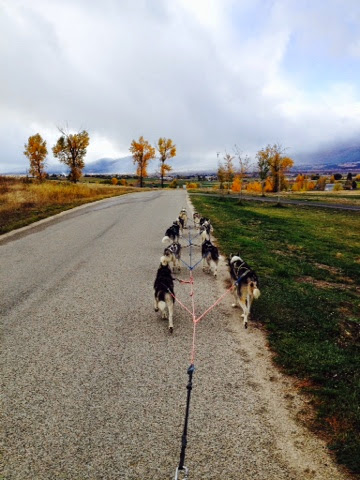 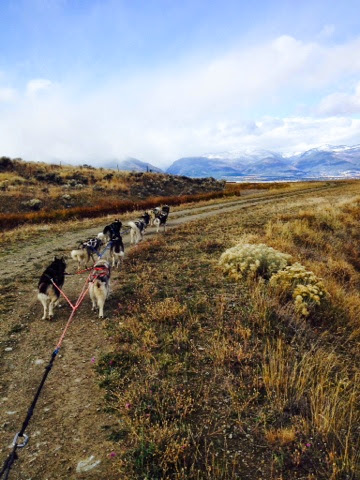 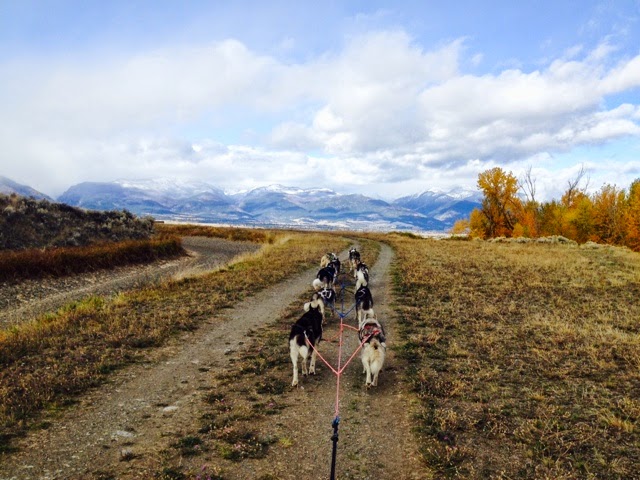 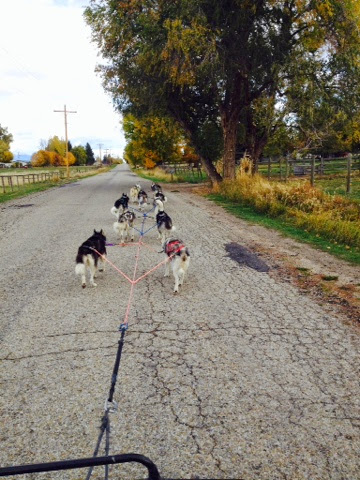 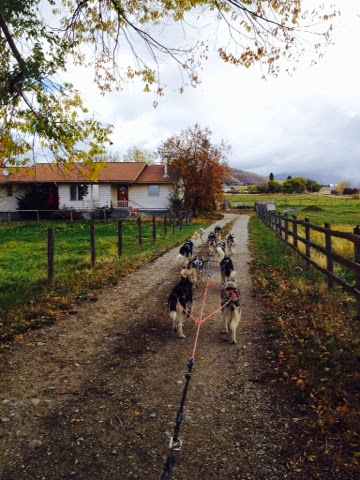