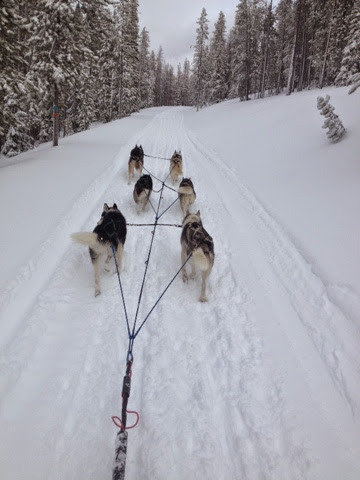 This weekend was the Darby Dog Derby where we got to race on our "home course." I chose Flier and Tank to lead the team of the four Saw puppies: Whip, Jig, Buck and Buzz.
Day one was sunny and beautiful. A wonderfully groomed trail, thanks to Lost Trail Powder Mountain. The team ran fast and I was so pleased with them. One hour and 27 minutes for 14 miles. The fastest time we've run yet. I think they could have gone faster if I'd have paced them better, too. 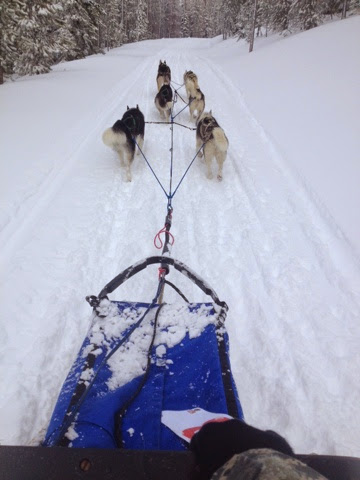 Day two (of which all these pictures are from), was a different kind of trail. Over night it had snowed 6-8 inches and when we arrived at the trailhead, was still snowing hard. The groomers had their hands full at the ski hill and were unable to reach our trail in time.
The skijorers decided not to run as it was impossible to skate ski in the deep snow. The 8-dog teams decided to run the whole course but the 6-dog teams decided on a shortened course of 6 miles. 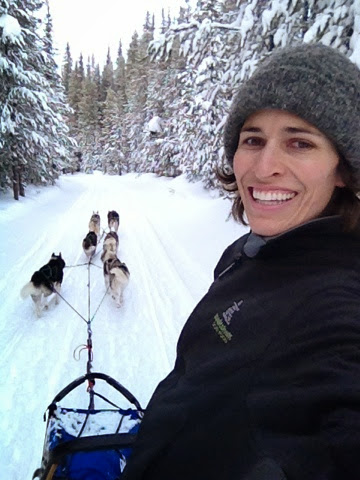 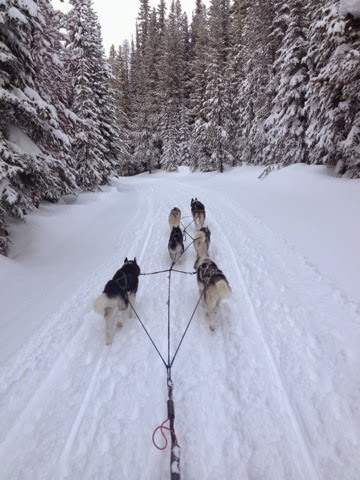 We ran well, though strength in pulling is not our forte. We lost some time on the next team but had a fairly good run.
The day one course was a loop, so no head on passes. This go around it was a different story. We had to head on pass each team. We had a extremely bad pass with the first team and I decided to hold my leaders out on each pass and teach them the proper etiquette. The second team came and Flier was super focused on the dogs. I couldn't get his attention. Each pass got better and by the 6th pass Flier could careless about the dogs. This is a good sign but we have a lot of work to go! 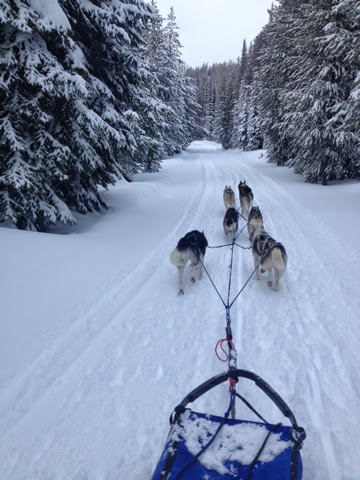 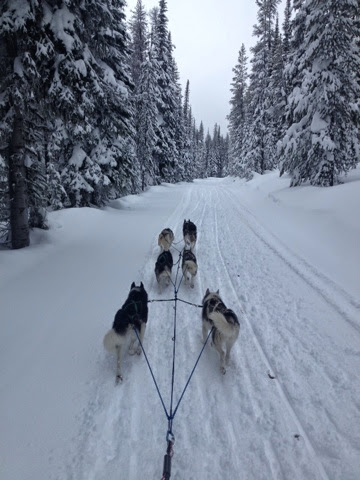 The heavy snowing miraculously stopped during our race and then began again right after. By the time the 8-dog teams came in and mushers were leaving, most rigs had to have some serious shoveling and pushing done to get out. It was quite a swing in conditions but we had fun and I think most competitors felt the same way. 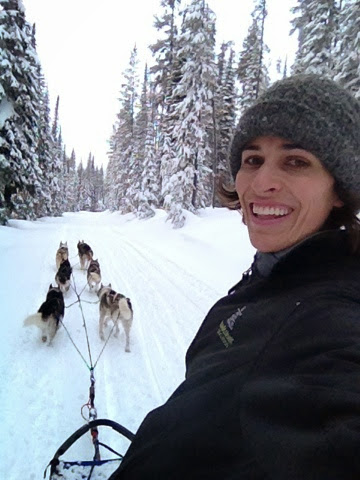 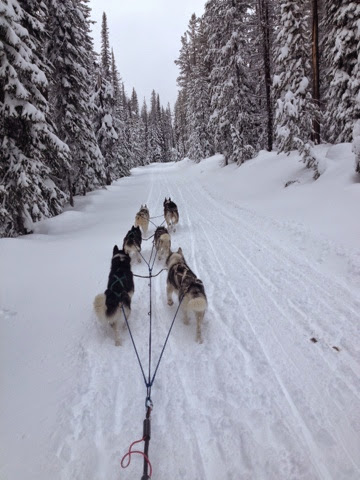 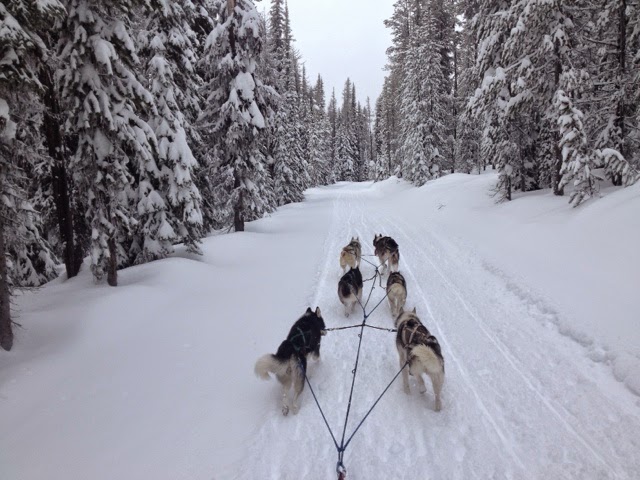 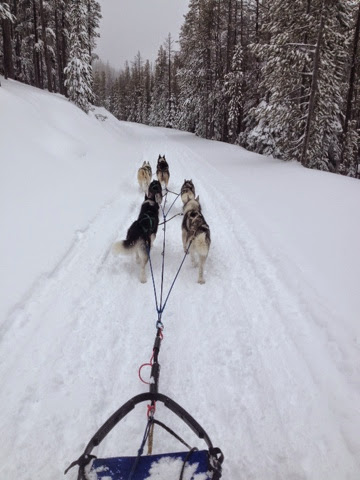 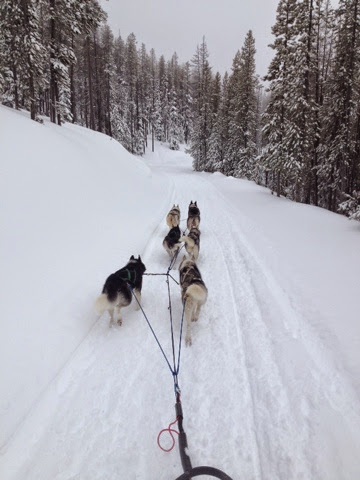 Posted by Brandi Williamson at 5:59 PM