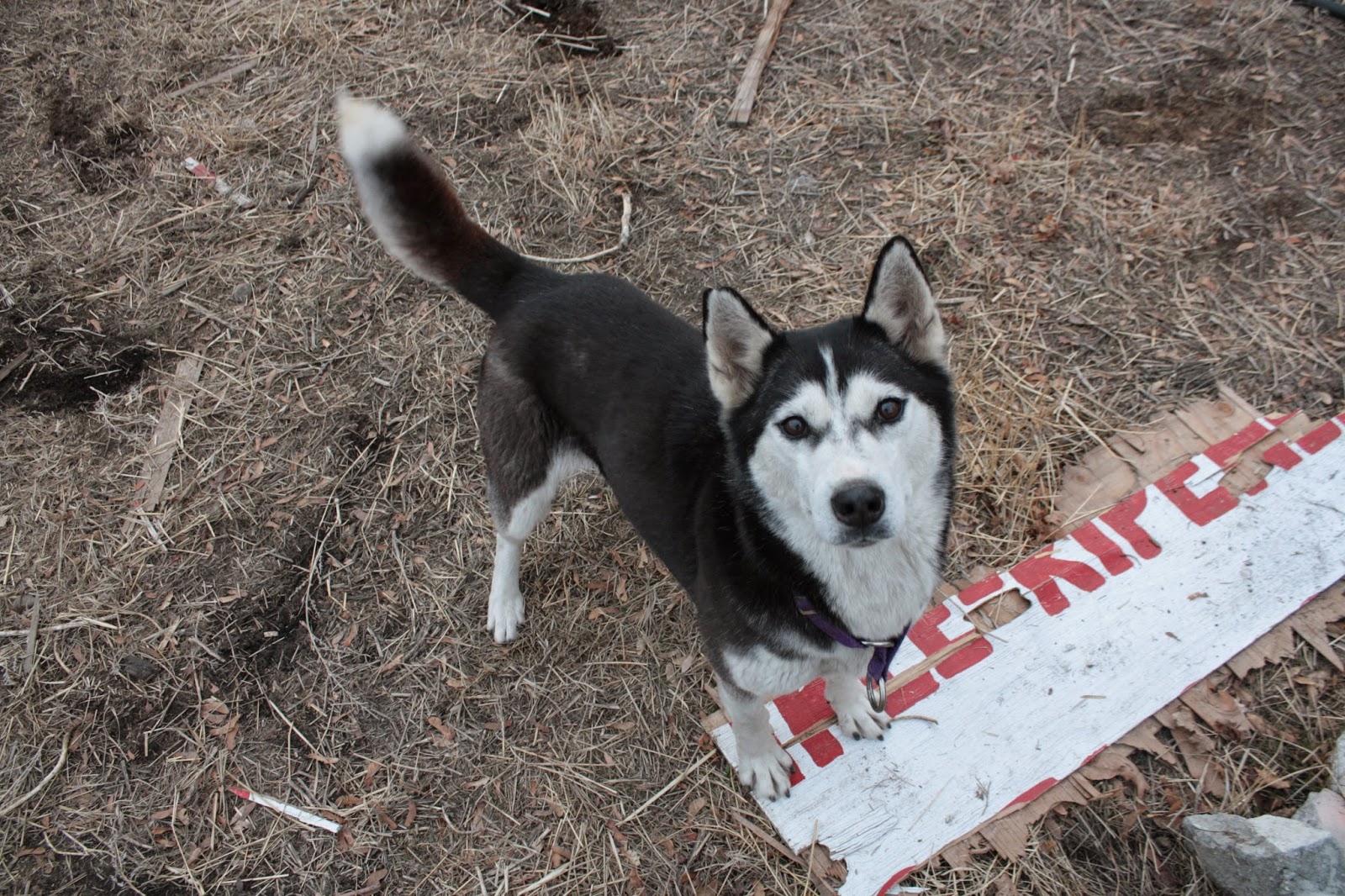 It has been a tough week for everyone here at ByDog Siberians. Monday we lost an amazing dog very unexpectedly.  She is our first dog to pass from ByDog Siberians since we started taking in and breeding these wonderful dogs.  Paluk came to us in 2010 from Absaroka Dog Sled Treks and in those short 4.5 years has left a big impression in our hearts and at our kennel.

Paluk was one of a kind.  We are certain, had she been a human, she'd spent her life in the looney bin. Luckily she spent part of her crazy dog life with us! She was extremely vocal and had a strange human like wail, which was very loud. Many times I found it frustrating, sometimes I found it amusing, and other times I just stared in amazement. The distances we run (~10-15 miles/run) were never enough for her.  Within a minute of returning or stopping on the trail, Paluk was hitting her harness and crying to go.

Paluk's cry.  It has been much quieter in the yard during feeding and hook-up. Did not think I would miss it, but the first few feedings without Paluk, I bawled by eyes out.


Paluk was nutty.  Here I found her barking in Flier's dog house. Strange in its own right.  Turns out she was barking at a wasp's nest. Even stranger.

She LIVED to run! After news of Paluk's passing Cynthia Rylant's story "Dog Heaven" was shared with us.  The first line is very appropriate: "When dogs go to heaven, they don't need wings, because running is what they love to do the best." Paluk was an outstanding dog to the moment she died. She was an amazing leader, very focused, would run by almost any distraction.  She was strong. Oh was she strong. Many times she'd pull me over on the way to the dog truck or gangline. But she was also sweet. She loved to be pet but could only stand still for a few moments at a time.  Her (rather large) paws always seemed to be tap dancing.

Paluk whelped one litter with us giving us our powerhouse, Tank.  One of his litter mates, Thor, is at Sixth Day Sled Dogs and is an extremely driven and strong dog.  No doubt each of them acquired these great traits from Paluk.

When Paluk died she had only 25% of her lung capacity.  An autopsy revealed 75% of her lungs were tumor riddled.  When the vet called with the results the first thing she said was "I am so incredibly impressed with your girl." Paluk had slowed down this season and we had attributed it to old age, as other older dogs in our kennel hit 10 and did the same. Now I'm certain it was her diminishing lung capacity. Even with hindsight, I would not have been able to predict any lung issues. She was running 10 miles with the team and when we'd stop she was not laboring to breath and within a minute, was crying to go. The short of it is, Paluk was performing along with the other dogs on a quarter of her lung capacity, and keeping up!  She was the toughest dog I've ever known, and probably will ever know.

I miss her terribly. The empty space in the yard and in the gang line still upset me. The space she leaves behind will never truly be filled.  Thank you for everything Paluk.

Rest in peace. But I'm absolutely sure you won't.  Peace, quiet, and rest are not what you are about. 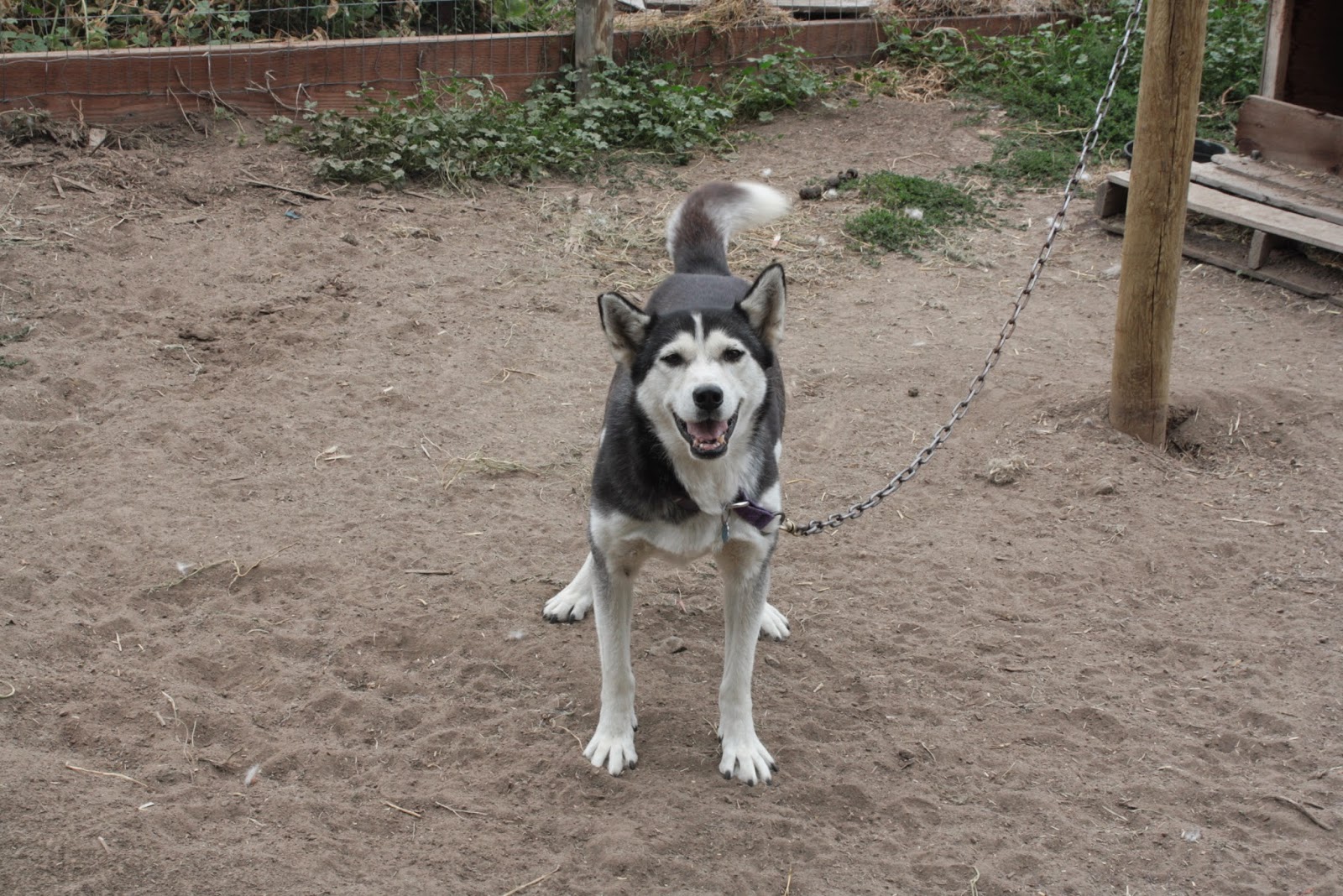 Love your puppas!
We love you Paluk!
Posted by Brandi Williamson at 6:01 PM