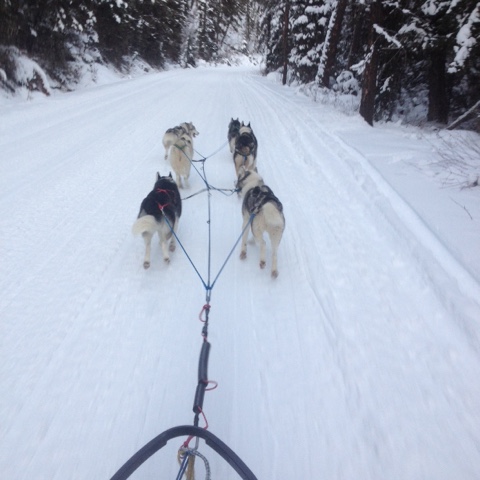 We had a few close calls on Saturday's run. These could have been big bummers had they turned out differently. I took the fast 6 (Jig, Whip, Tank, Flier, Buck, and Buzz) to Skalakho for a late evening run.
A couple of skiers chatted me up before heading out and waited to watch our very messy departure. I removed the leader hook, after getting all the dogs hooked up, and walked back to the sled. In the few moments it took to put the hook in the bag, Jig had backed out of her harness. I looked up to see and empty harness in the snow next to Whip and a furry husky butt running full tilt down the trail.
I quickly clipped the lose tug to Whip and took off after Jig. Luckily, she realized she was alone and wanted her team and turned around for us after a few hundred meters. Crisis avert! Thanks Jig! 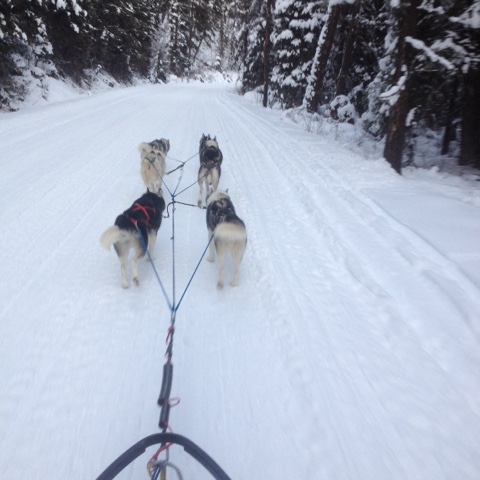 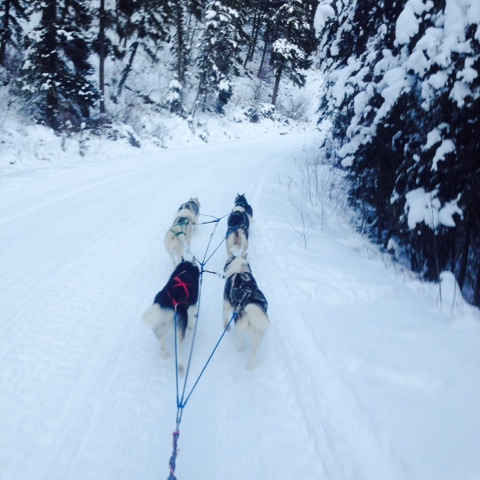 3 miles out, we turned around. After getting a few tangles out, I popped the hook and then promptly lost my balance tipping the sled. I stuck to the mushers #1 rule "Never let go" and was drug a ways before getting the snow hook dug into the snow!
Again, thankful things turned out well. Got the sled upright and we headed back to the truck, everyone safe and sound. 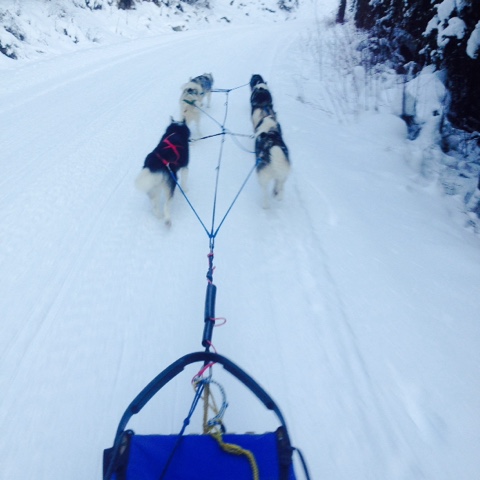 Sunday, Keegan and I ran all 8 dogs six miles. (We also gave a new Bitterroot mushers club member, Hilary her first ride for the first mile).
Keegan spent a few miles on the runners! He did great! We had tons of fun! Sorry, no pictures, unfortunately, forgot my phone.
At the very end of the run we came upon a fellow mushers team (the club had gotten together to run) in a head on pass. And the team passed amazingly!!! It was a great end to a beautiful weekend of mushing!
Puppas got a lot of good running in this weekend!
Love your puppas!
Posted by Brandi Williamson at 8:32 PM