So Many New Friends 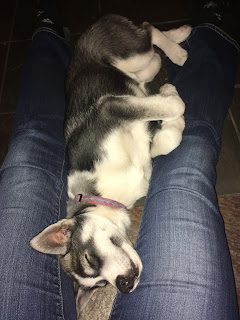 Vaxie is growing and fitting in nicely. She's JUST figured out this week that she's less likely to make the old dogs angry if she approaches with kisses instead of jumping on their faces. Isis and her continue to be pals (better than I could have imagined). Tensaw (the old man, 13 yrs old) enjoys playing with her in the mornings when he feels refreshed and lucid. She's been meeting and playing with Buck and Jig at the fence today. I think soon she will be able to meet (each, individually at first) in a yard. I'm still a little nervous that Buck will not play gently with her. So I need to monitor their interaction at the fence a few more days, especially when she runs. 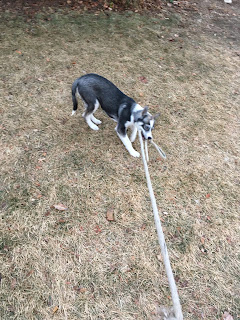 Vaxie also made a new puppy friend, Nox, a flat coated retriever. He just joined the family of a good friend. So he and she met up and played. It took Vaxie a little while to warm up to him, but once she did, they had a blast! There will be more meet ups in the future. 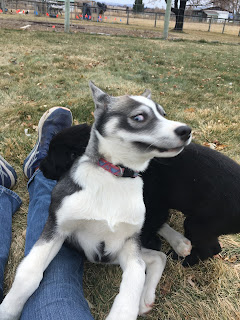 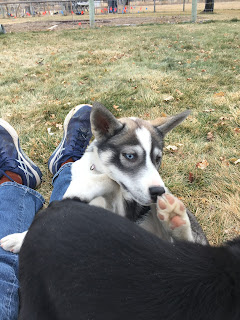 Our eldest son has been wanting a new house cat for a few months now. We finally found a good kitten at the humane society and he came home this week. He's adorable and hilarious to watch play and jump off everything. Bold little guy. He came with the name Coconut. The boys keep calling him a 'she.' So I've been calling him Mr. Coconut. Originally our son wanted to name him Russell (after Russell Wilson the Seahawks QB) but liked Coconut. Cobey is still trying to convince him that Russell is a better name for this cat. I personally like Coconut. He may have multiple names and one long official name "Russell the Coconut cat"...? 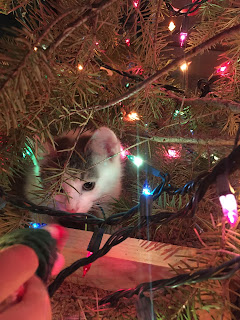 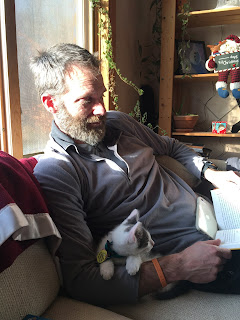 While we likely will not be racing this year we're continuing to run the dogs regularly on the sled and cart. This is mostly for their health and happiness (and ours). It's always a good start (or end) to the day taking them out. But the younger dogs are much more manageable at home when they've had their exercise. 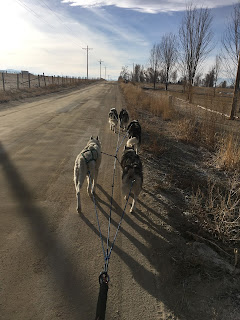 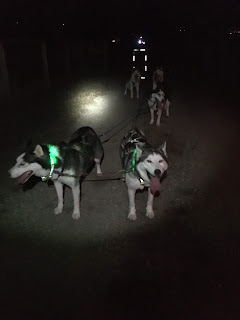 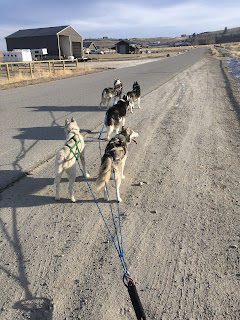 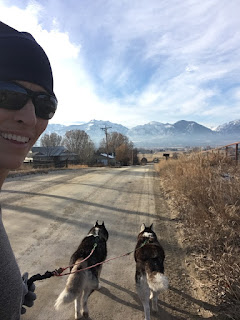 The old dogs, Tensaw and Isis out on a canicross.

We also met some new  in the acquaintances, fast becoming friends. They recently moved to the valley and are related to some other friends of ours. They have two boys around the ages of our sons so it only seems natural. Last weekend we met up at Lost Trail pass to show them the area and our dog team in action. Their youngest son rode in the sled for a bit too. 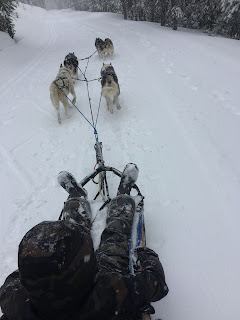 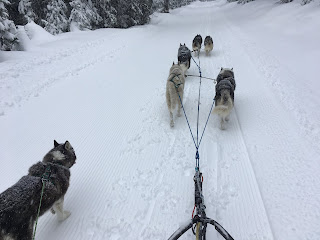 Merry Christmas to your family and furry friends! We hope 2021 is a better year for everyone!

Posted by Brandi Williamson at 5:47 PM